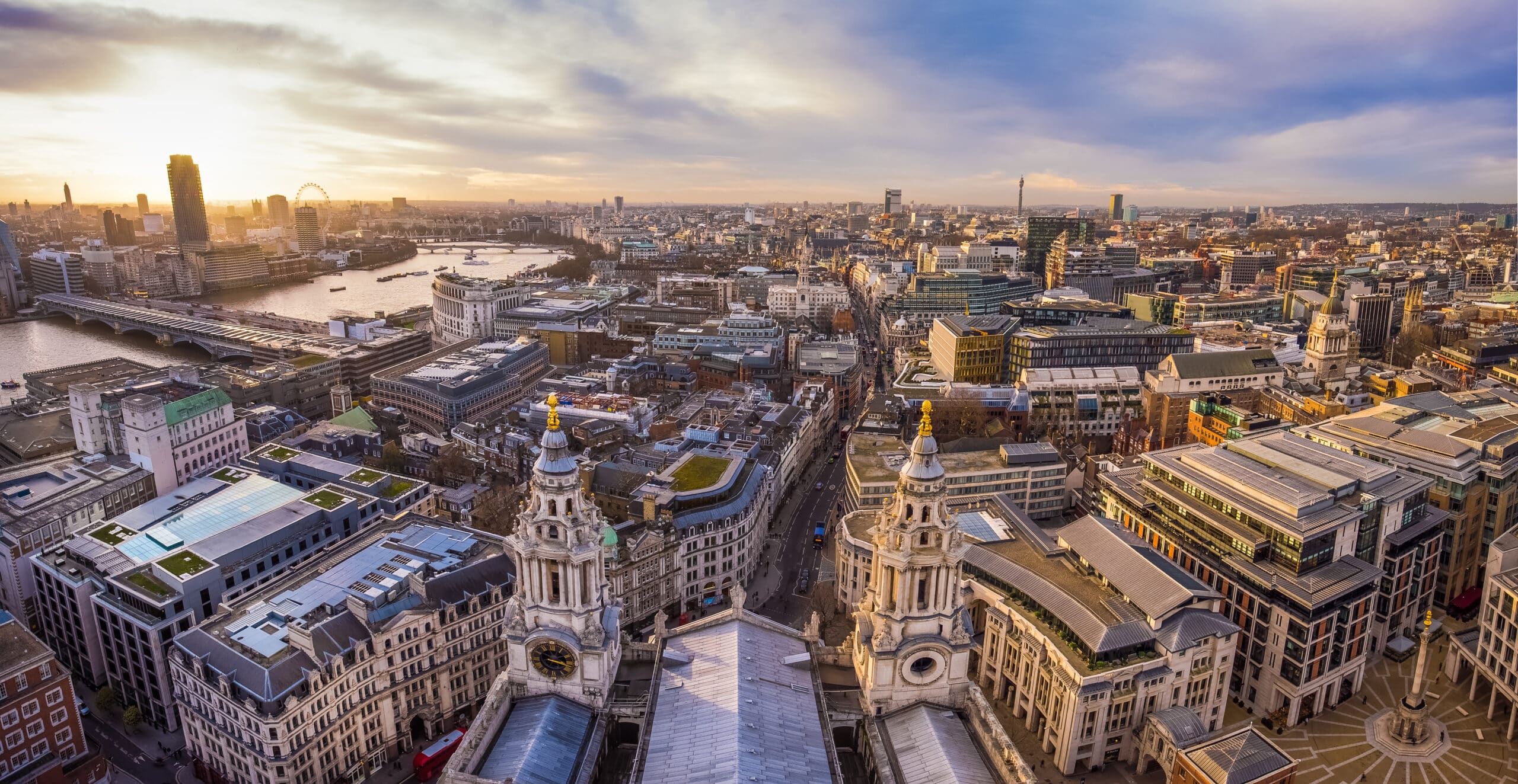 Want to try one of the ultimate experiences in London? Then, you should try a helicopter ride over the English capital.

Here we look at the possibilities and how to get a bang for your buck when you choose a helicopter tour in London.

Taking a helicopter tour of London gives you a complete outstanding overview and vantage point of London. What sights are in store for you?

This depends on the route you choose to book and how much your wallet can withstand. It is – and for good reasons – not quite cheap to take a flight over London. So, let us look at three different tour options you can choose from.

Get a glimpse of the helicopter tour of London in this video:

This is probably the most visitors choose as it is cheaper and you get to see the most famous sights.

In this 12-minute flight over London, you fly via the River Thames to the east where you can see landmarks such as Palace of Westminster (and Big Ben), the London Eye, Marble Arch, St. Paul’s Cathedral, and all the way to the Tower of London.

Palace of Westminster with Big Ben and London Eye in the distance.

The helicopter then turns around by the iconic Tower Bridge and flies back to the airfield located in the Battersea area, just south of the River Thames (relatively close to Central London). The trip allows you to see the entire central part of London up in the air.

The trip costs £150 if you buy a single seat in s shared helicopter. An entire helicopter can be booked for £750 and can accommodate six (6) people. So, if you have five (5) friends who would like to take a flight over London, you sure can save as it will bring down the cost per person.

For an additional £70, you’ll get six minutes more of tour time and extended route. This is, according to VisitBritain, the most popular tour, and understandably so.

When you want a memorable flight over London, the extra £70 for a longer flight is money well spent. In London Sights Tour, you get all the same sights as mentioned in the cheaper route but with a longer flight time to the west and east sides of the Thames.

This longer trip allows you to get a great view of Barnes Wetlands and Canary Wharf from up the air.

The ultimate helicopter ride over London is only available if you charter the entire helicopter. So if you have money in the bank and seek the wildest experiences, then the London Max Route is your best choice.

The London Max route includes all the sights mentioned in the previous two (2) helicopter packages and much more. It takes you from west of Richmond Park all the way to Greenwich in East London where the impressive O2 Arena is located. The flight will also take you to London City Airport located on the north side of the Thames.

Show-off tour, I must say. And this is only available for purchase if you book the entire helicopter to the tune of £1,500 for six (6) persons. A good choice for those who have extra cash to burn while spending the weekend in London.

The helicopter flies from the London Heliport located in Battersea, right by the River Thames:

Getting there is quite easy by public transport from Central London. Take note, though, that a helicopter ride in London is hardly the transport to the airfield.

Read all the essential information and book your trip online at VisitBritain here.

The tours are operated by The London Helicopter. An other helicopter tour operator in London is Redhill Helicopters.

Have a pleasant flight.

What should I absolutely do in London? 7 things you can’t miss 🇬🇧